Ongoing
SENSITRUST is going to develop a platform where customers and professionals get in touch, strengthen their network, make deals and design new project

Ongoing
ICOE is an International Credit Open Exchange (ICOE) is an institution that enables international convertibility of bonus points. 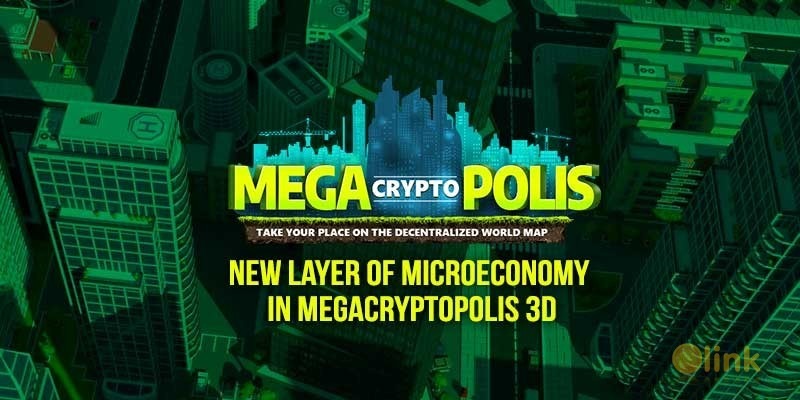 MegaCryptoPolis is a breakthrough, online multiplayer strategy game that allows players from all over the world to collectively build a unique mega city. To celebrate the first year of decentralized city running on Ethereum blockchain a Bounty Campaign is concluded. Help us spread the word and receive collectible ERC-721 crypto tokens for the upcoming major game update.

Having the major roadmap for MegaCryptoPolis successfully completed, our team proceed to further development of the decentralized city builder strategy game.

3D client was listed as one of the possible future development options in the project White Book, but we assumed that only visual upgrade would not be enough. This document is an appendix to the MegaCryptoPolis White Book that describes changes that will be made in the 3D version of the MegaCryptoPolis project, which includes not only visual part but also its core gameplay mechanics. This will be the major upgrade for MegaCryptoPolis economy model. In short, buildings will become something more than just Influence points generators, surroundings will no longer limit upgrades and district owners will be provided with more control over economy in their territories.