Wetux is working on an open liquidity framework that truly embraces the decentralization philosophy ...

Duty Exchange is an all in one Multichain cryptocurrency ecosystem, which will initially launch its ...

HempZilla's mission is clear and simple. We want to connect all the people, in the crypto world or o ...

Brigadethugs is a gaming platform made up of multiple P2E (Play-to-earn) battle games. All games are ... 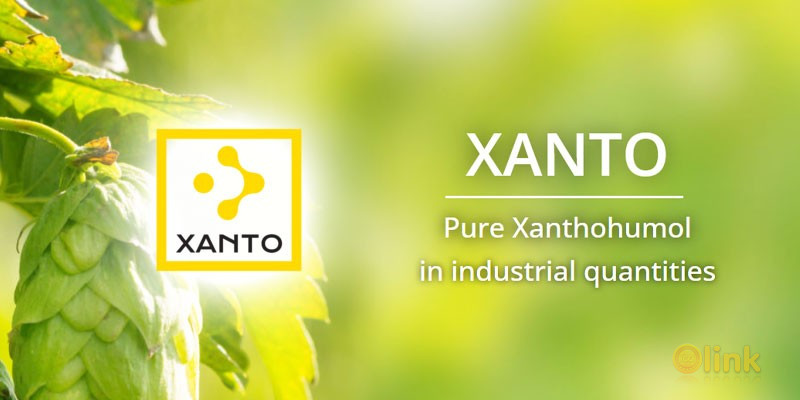 Xanto is the world’s only producer of the cleanest Xanthohumol on the market (over 99.8%). We deliver Xanthohumol in industrial quantities which means kilograms - not grams! Xanthohumol is produced using a fully natural method by extraction of hop cones based on a unique patent registered in more than 40 countries around the world.

What is XAN?
With the popularity of the digital financial world growing at a dizzying pace, and Blockchain-based technologies in particular, we’ve decided to move with the times and bring you new opportunities.

XAN is a utility token that can be exchanged for a commodity. In this particular case, the commodity is a natural extract from hop cones – xanthohumol.

The XAN token is built on the TRON Blockchain decentralized technology platform based on the TRC-20 technical standard, which is used to create smart contracts and implement tokens.

The XAN token (TRC20) is divisible to 18 decimal places.

The buyer of XAN tokens should have a TRX address in the TRON network, created through one of the available cryptocurrency wallets that support this network, such as tronlink.org. Purchased XAN tokens will be sent to the TRX address and will be visible as additional resources, but remember that after creating a TRX address you must first activate it by funding your account with several TRX tokens (even 0.1 TRX is enough), which will only allow you to send XAN tokens to this address.

The XAN tokens are part of a larger project under development, which is EMCODEX.

EMCODEX stands for: Emerging Commodity Decentralized Exchange. The so called commodity market is nothing else than a market, where theoretically goods should be traded, however from the point of view of a potential participant in this market (producer) it is no longer a market, where the real exchange of goods takes place, but it is mainly controlled by speculators, such as banks, financial institutions or various types of funds. The aim of this project is to remove the current barriers to direct entry into the commodity market by producers of various types of products that currently exist in the commodity market or face barriers to entry, bypassing the entire chain of intermediaries that force producers to cut margins.

Why XAN?
XAN is a utility token, and therefore a digital tool inextricably linked to the cryptocurrency market. The digital currency market is attracting more and more private investors, but also institutional investors who see it as the currency of the future. Some proponents like the fact that the currency takes away the ability of central banks to manage the money supply, as over time banks tend to reduce the value of money through inflation. Cryptocurrency runs on a technology called Blockchain, which is accessible to anyone, creating a more reliable and efficient way to store information without being controlled by a centralized authority. This means that all transactions are decentralized, without the involvement of any financial institutions such as banks or the government. Only the payer and the payee are responsible for the transaction, and information about the transaction is made available in real time and updated only when both parties to the transaction come to an agreement.

Why did we choose TRON Ecosystem?
As the value of ETH increases, the fees on the Ethereum blockchain increase. Many users accustomed to using USDT on ERC20 are switching to stablecoin on the TRON blockchain.

In 2021, the number of Tether transactions on the TRON blockchain turned out to be higher than on Ethereum. For a TRC20 transfer, the commission is less than a cent, while an ERC20 transfer costs an average of $6-7.