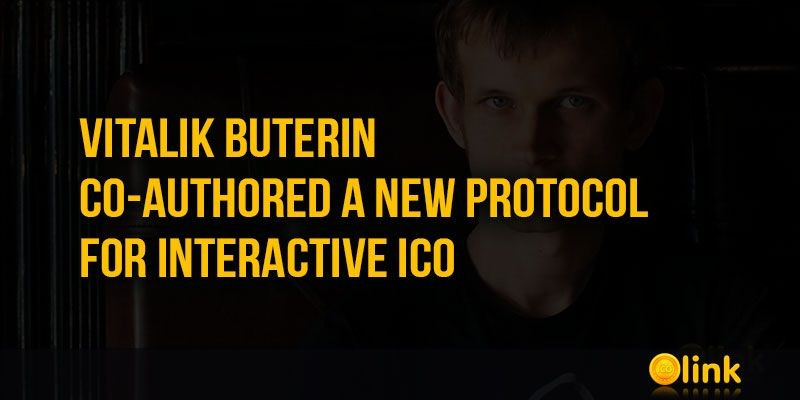 A new White Paper has been published with a detailed description explaining the potential transformation of the protocol for the initial sale of coins (ICO). The draft protocol, whose aspiration to create a "balance" between closed and untested sales of tokens, is represented by the joint efforts of the founder of the Ethereum Vitalik Buterin and the developer Jason Teutsch, who is the creator of the project to scale up the TrueBit smart contracts.

In the White Paper, published on September 26, the authors describe in detail the system by which the ICO contract can react to the actions of buyers. In particular, buyers will be represented in the value table through a smart contract that will allow them to dynamically purchase in comparison with real-time value.

Simply put, the new ICO protocol will provide buyers with the opportunity to withdraw investment rates on tokens, valuing the buyer's share in relation to the entire ICO and adjusting rates accordingly.

Thus, the goal of the project is to resolve the problem with the ICO, when the funds are attracted too quickly, or are not attracted at all.

So far, the project is in the early stages of development, it is linked to the ICO boom that has occurred in the past few months. Concerned participants of the crypto-currency industry are optimistic that this precedent of using the new mechanism will help democratize venture financing.

In his blog on Medium, Jason Toich reported this gap between the prospect and the current state of affairs when he wrote:

I hope that the current attack on algorithmic game theory encourages our community to continue to think about the assumptions and purposes of the crowd sails, while we are experimenting and rely on the uncritical crypto-economic power of smart contracts.
Recall that previously a Japanese billionaire and a well-known venture investor, Taizo Song, said that, in his opinion, ICO would be a significant source of funding for start-ups in the future.

Tags:
ico news crypto-currency ICO blockchain Buterin Vitalik Buterin
The founder of NEO: the ban of ICO in China is not...