Luc Nosek: “the initial mission of PayPal was to create a global currency …” 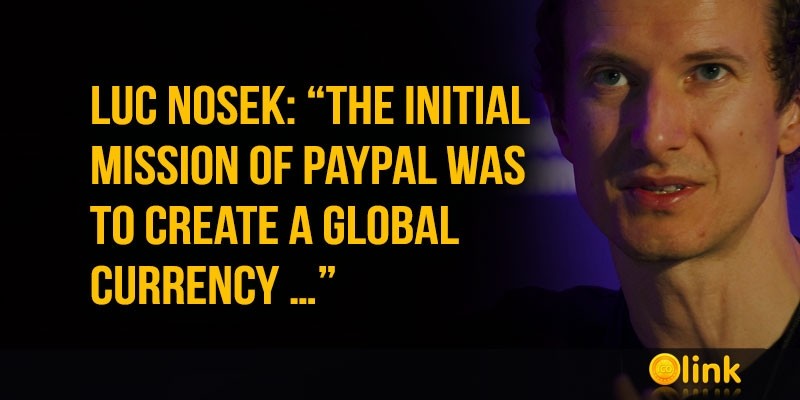 PayPal co-founder Luke Nosek during his speech at the World Economic Forum in Davos said that the project team initially planned to create a digital currency that would have technological advantages similar to cryptocurrencies, namely independence from banks and the government.

Answering a question about whether PayPal and WeChat Pay solved a problem related to online transactions, or perhaps cryptocurrency can deal with it, Nosek said:

"Many people don't know this, but the initial mission of PayPal was to create a global currency that was independent of interference by these, you know, corrupt cartels of banks and governments that were debasing their currencies. "

Nosek noted that although the project did succeed in its segment, the original goal was not achieved. The reason for this, first, lies in the pressure of investors who wanted to put the finished product on the market as quickly as possible.

In connection with this, the payment system turned out to be highly centralized and tied to large financial institutions, such as Visa, Mastercard and SWIFT. Because of this, it is necessary to constantly take into account the interests of the above-mentioned financial giants. "PayPal is obliged to do whatever it needs to do to keep those institutions happy," Nosek said. "We've learnt to play," he added.

Previously, other co-founders of the payment system have already expressed rather contradictory opinions about cryptocurrencies. Peter Thiel, who earned hundreds of millions of dollars on Bitcoin investments, has repeatedly noted the huge potential of the first cryptocurrency and still continues to conduct business in this industry.

Max Levchin, on the contrary, is not particularly confident in the future prospects of Bitcoin, but believes in the potential of the distributed registry technology that underlies it. John Rainey, PayPal Chief Financial Officer, believes that cryptocurrencies will become widely popular in the future, but this will not happen soon.