In less than two months in 2018, ICO projects raised $ 2 billion 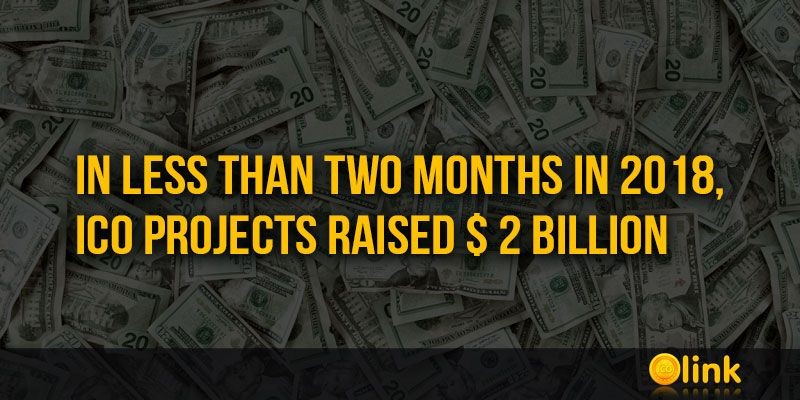 In less than two months in 2018, ICO projects received $ 2 billion in funding, while for the entire 2017, the total amount invested in the initial placements of tokens was $ 5.7 billion. However, as the structure of these sales is now more and more focused on large investors, ordinary users had to try to take part in buying tokens and get benefits from it. The data show that 84% of all ICO fees this year were received from large investors and during preliminary sales of tokens. When the method of collective financing only appeared in the cryptocurrency industry, it was a democratic way of raising funds, helping to unite the emerging crypto-exchange community. However, in 2018 the situation seems to have changed.

ICO only for the rich?

Like today, last year large investors used the prerogative when buying ICO tokens. For example, the project Brave was notorious for lasting minutes, thanks to the "whales" who bought the tokens for 36 million dollars in less than an hour. The total number of participants in the ICO was 190 people, while more than 50% of the tokens went to only five investors.

The trend has spread and this year - it all says that cream with ICO will be removed by large private investors, leaving ordinary users to be content with what's left.

The latest data published by Tokendata shows that of 1.97 billion dollars invested in ICO this year, 1.63 billion (84%) were provided by large investors. Moreover, the data does not take into account the $ 850 million collected in the closed sale of Telegram tokens, an event so exclusive that only the largest players were invited to buy. For example, it is known that Qiwi CEO invested $ 17 million in the ICO project. Such projects are good in order to help the rich to become even richer, but they are not able to give platform users the opportunity to get a share in the project.

Regular users are not at work

Of the 94 ICOs that were tracked by Tokendata this year, 28 now have tokens available for trading on exchanges. At this stage, the average return on investment for tokens purchased through ICO and sold on the exchange is only 2.17 times, and the return on investment in ETH is 0.75 times. In other words, in many cases it would be much more profitable to leave fiat money from the beginning of the year than to buy Ethereums and change it to tokens. However, these are only the first figures for 2018 and it is very likely that the yield will increase.

Thanks to generous discounts, acting during pre-sale of tokens, it is much easier for private investors to make a profit than to participants in a public sale. Given that pre-sale tokens often end instantly on decentralized exchanges, the role of public sale is becoming less significant.

On paper, crowdsales are more popular than ever. However, in fact, modern ICO can hardly be called real crowdfunding, since projects put the interests of private investors higher than ordinary users.