US FTC: “If you raise money by crowdfunding … use the money to work on your idea …” 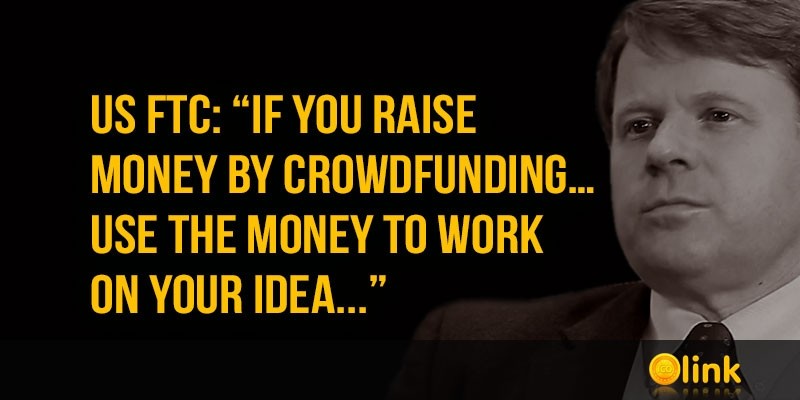 Andrew Smith | Director of the Consumer Protection Bureau of FTC

The US Federal Trade Commission (FTC) sued a startup that promised crowdfunding participants a smart backpack, but instead spent money to buy BTC and pay for credit cards.

The lawsuit states that Douglas Monahan and his company iBackPack of Texas raised $ 800,000 to "develop several products," including a smart backpack with batteries for charging phones and laptops. However, instead of releasing the iBackpack, as the FTC claims, Monahan was spending money "on personal goals." The commission also claims that Monahan threatened displeased customers on the Internet.

"Despite Defendants' repeated assurances, Defendants have not used contributions to produce and distribute completed products. Instead, Defendants have used a large share of contributions for Defendant Monahan's own personal purposes, such as making bitcoin purchases and ATM withdrawals and paying off personal credit cards; for marketing efforts to raise additional funds from consumers; and for other business ventures,"

Hundreds of consumers complained about Defendants' inability to release finished products. Some also complained that Monahan sent threats to them, trying to silence them. In particular, he told one client that he knew his home address and other personal information, and threatened another consumer to sue him and his employer for defamation.

"If you raise money by crowdfunding, you don't have to guarantee that your idea will work," said Andrew Smith, director of the Consumer Protection Bureau of FTC. "But you do have to use the money to work on your idea — or expect to hear from the FTC."

The FTC demands that Monahan "for permanent injunctive relief, rescission or reformation of contracts, restitution, the refund of monies paid, disgorgement of ill-gotten monies."

In August last year, the FTC warned the US about extorting bitcoin blackmailers, and also predicted that in 2018 people would lose more than $ 3 billion due to fraudulent ICOs.

Tags:
ico news Cryptocurrency ICO blockchain USA
Michael Novogratz: “Web 3.0 has the potential to c...
CEO of "TRON" offered to make a deposit of 7,000 B...