Kaliza is a pioneer in the field of decentralized economy which is the logical complement to decentr ...

NFIFUNDWH is the most trusted Crypto Whale group and the main promoter of INFI MultiChain Platform. ...

Bioviratech combines the world of the pharmaceutical distribution of vaccines, international law, sm ... 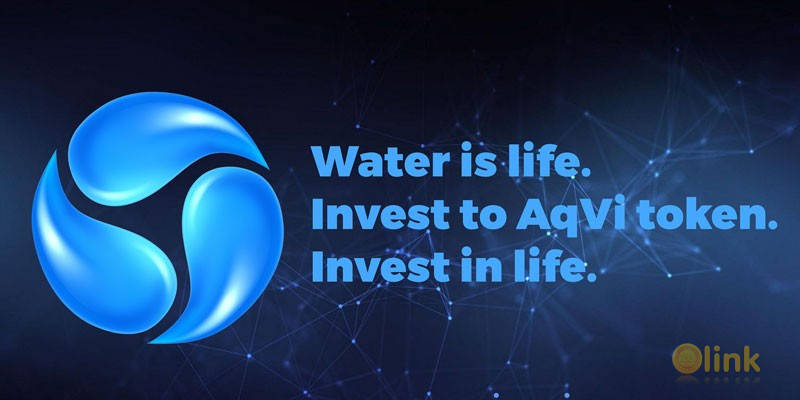 The most valuable and marginal product is drinking water. Who does not agree with this? I am the CEO of LLC AQVIKOIN! And my team and I launched the AQVI(AV) token by buying which you invest in the production of drinking water around the world ! Now ICO is coming soon IEO and listing on Binance.

The first project in the world that allows you to invest not just in cryptocurrency , but in entire productions !

✔️ This token will turn the world of asset tokens upside down. A well-thought-out plan for the PR campaign and increasing the liquidity of the AqVi token on the market will give a great multiplication of your capital! We have built an honest, open investment structure in the project, you can find out more about everything on the official website AqVi token .

✔️Now there is an opportunity to participate in the ICO at the lowest price ! Many partner countries and investors have already joined us ! Have time to become a part of the team ! ?Token AqVi is the world's first token that allows you to invest in industrial production of drinking water around the world.

✔️ The profit from the productions will be used to increase the liquidity of the token on the crypto market and to pay dividends to their holders. Now the ICO stage is underway, where you can buy tokens at the lowest price!

✔️ At the end of year, after the AqVi listing, investors will automatically be credited tokens to exchange wallets after their registration! At the ICO/IEO stages, tokens are purchased and stored in investors' wallets on the

Advantages of the project:

- A registered company and a trademark!

- A professional team of seven countries (all team members are public and verified)!

- A company that is scalable all over the planet!

- The token is more stable and has no political pressure!

- An increase in the price due to the annual buyback, freezing of tokens and increasing the profitability of the company!

- There is a referral program!

- The most honest structure of the ICO ICO and listing!

- Previously, 9 exchanges approved the listing, all are listed on the official website!

We have just started ! Have time to join at the lowest price !

✉️  If you have any questions and suggestions, write in any social networks, we will respond in the same minute