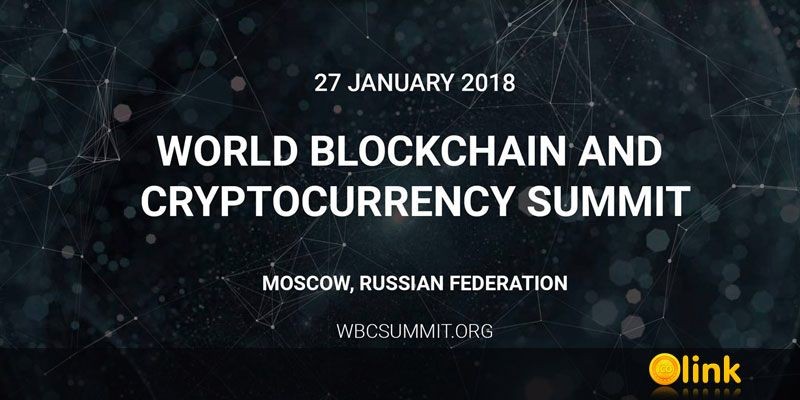 January 27, World Trade Center in Moscow will host the World Blockchain and Cryptocurrency Summit (#WBCSummit). The organizer of the event is the International Decentralized Association of Cryptocurrency and Blockchain (IDACB). The summit will bring together more than 400 world-class professionals - participants in the market for block-technologies, representatives of crypto-associations - IDACB partners, authorities, funds, investment companies and banks.

Natalia Kaspersky: Bitcoin - the development of the American special services 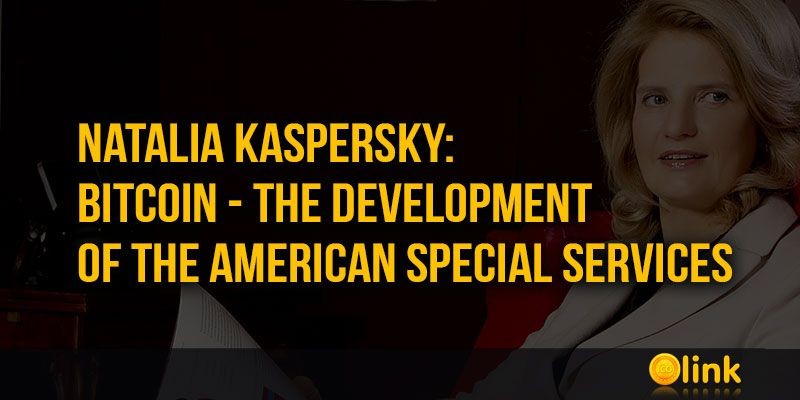 The general director of the InfoWatch group of companies and the co-founder of Kaspersky Lab, Natalya Kaspersky, considers Bitcoin the development of a group of American cryptographers who worked on behalf of the special services. She said this, speaking at the St. Petersburg University ITMO, where Kaspersky presented a presentation on "Modern technologies - the basics of information and cyber-wars." In her opinion, the group of American cryptographers is hiding under the name of Satoshi Nakamoto, the Bitcoin creator, but did not name any concrete people and evidence of their involvement in the development of Bitcoin. 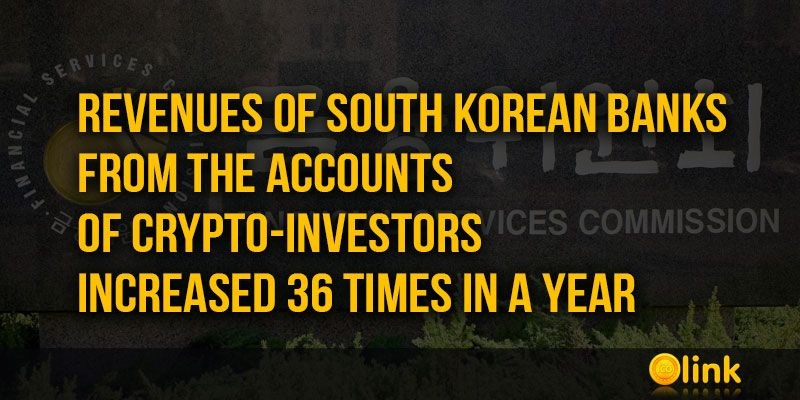 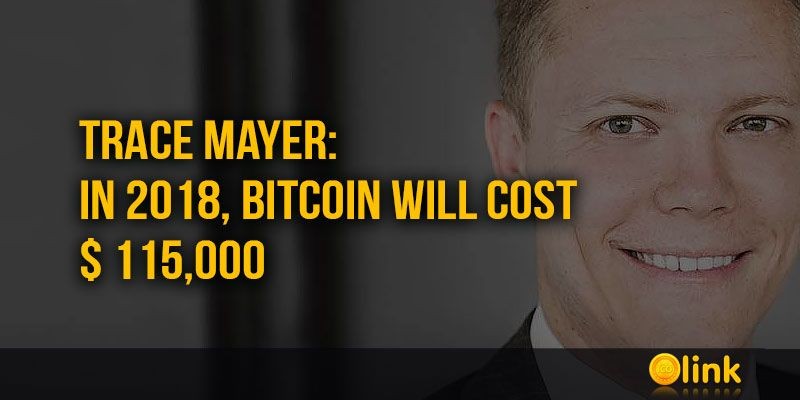 Expert Bitcoin lawyer Trace Mayer suggested that the price of the first cryptocurrency could reach $ 115,000 in 2018 after the correction phase ends. However, he stresses that such a figure of $ 115,000 - despite the theoretical possibility based on previous cycles, will be "much overstated". Now Bitcoin is recovering after the fall, the largest since 2013.

The largest bank of Japan starts issuing its cryptocurrency 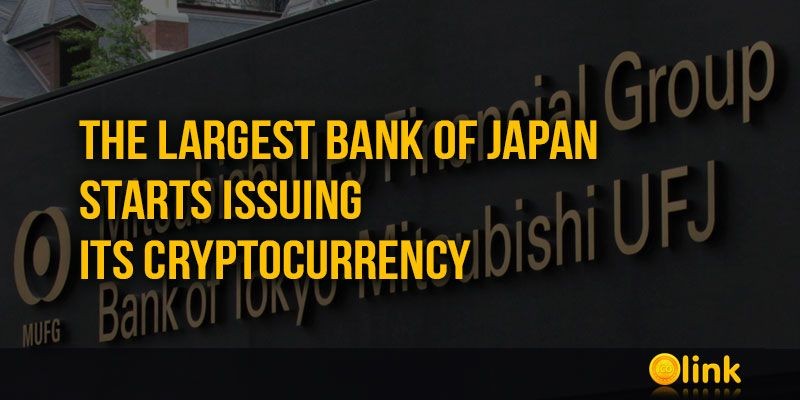 Japanese financial group Mitsubishi UFJ Financial Group (MUFG) is launching a program to open a new exchange and issue its own virtual currency MUFG coin. Controlling the exchanges, MUFG plans to restrain the price fluctuations of the MUFG Coin cryptocurrency, so that it can be used consistently for calculations. Thanks to a centralized distribution, MUFG coin will be directly controlled by the bank. Additionally, the bank will be able to control the coin value, which will be about 1 yen. Users will be able to use coins with the help of smartphones to pay for goods and services. 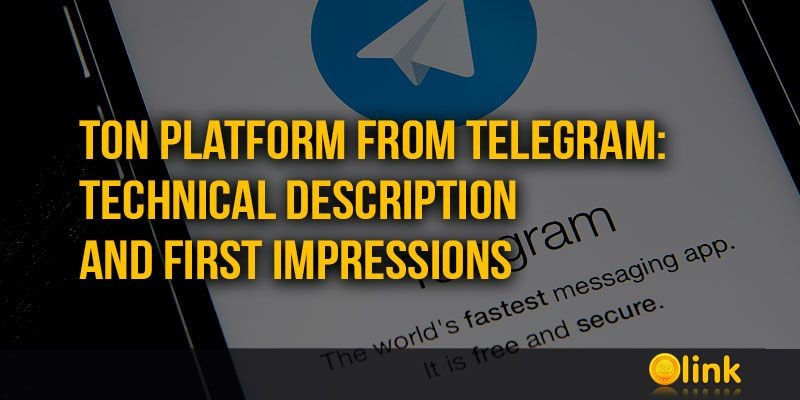 On January 14, the Telegram Open Media (TOM), created on January 12, published the first documents, which can be called a technical description of the future TON (Telegram Open Network) cryptocurrency platform developed by the creators of the Telegram messenger. Despite the fact that they were obtained from unofficial sources, a document entitled TON Technology, whose author, according to the text, is Nikolai Durov, gives the impression of genuine. The main thing: the Telegram team refused to use existing blockchain-platforms and creates its own. 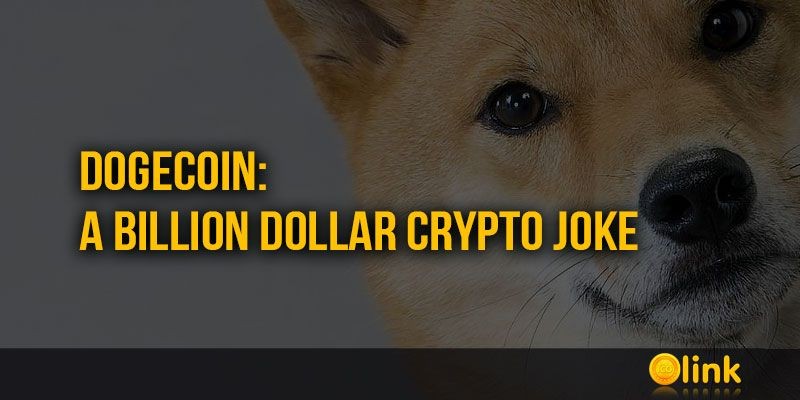 An entrepreneur from Australia, Jackson Palmer, is amazed that, invented in joke in 2013, the Dogecoin (DOGE) cryptocurrency at the peak at the end of December reached a capitalization of $ 2 billion and attracted dozens, maybe hundreds of thousands of new users, to cryptocurrencies. At the time of publication, the capitalization of DOGE is about 1.3 billion dollars. In 2013, Jackson Palmer created the Dogecoin - fork of Litecoin with a higher emission and a short block - and named it after the Chinese breed of shiba-inu. For a nice image, users nicknamed the coin a baby money. Therefore, the Australian wanted to show the absurdity of huge investments in unstable assets during the 2013 cryptocurrency boom. 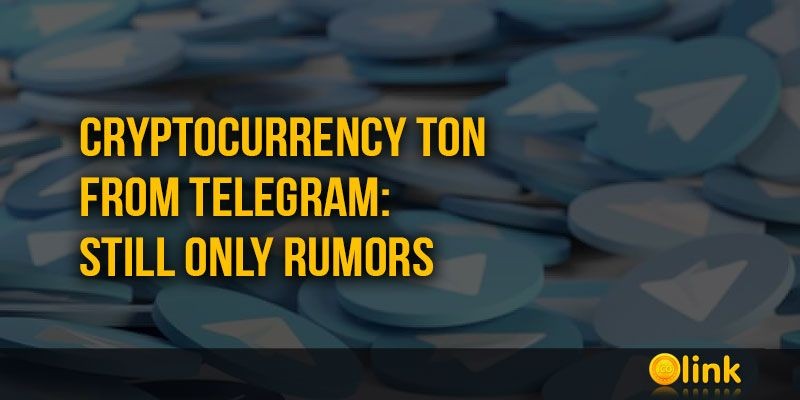 Rumors about the launch of the Pavel Durov's company the cryptocurrency based on the Telegram messenger began to appear in early December. On December 21, a message appeared on Facebook of Anton Rosenberg, a former employee of Vkontakte and Telegram that the messenger team plans to start an ICO project called TON (Telegram Open Network) and release its own cryptocurrency Gram, which will be built into the messenger. At the same time, there was an ad on YouTube, though it did not reveal any specific details. 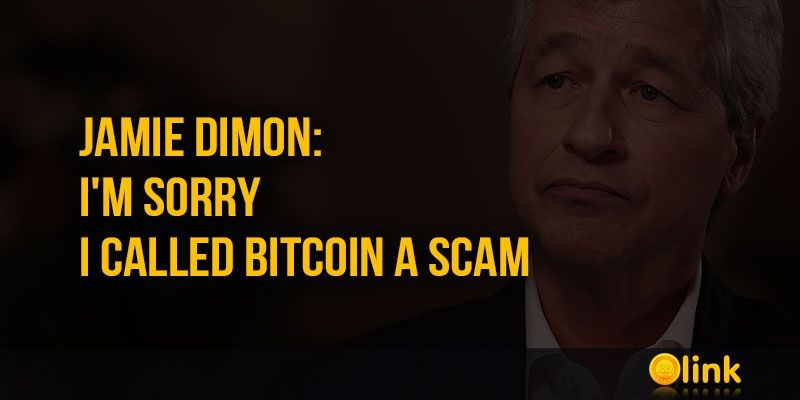 A long-time opponent of crypto-currency, JPMorgan CEO Jamie Dimon said he regrets past negative comments about Bitcoin, in particular what he called a scam at the New York conference. Now, while Dimon continues to assert "this topic does not interest him at all," he recognized as "reality" the core Bitcoin technology - blockchain and revised his opinion on the ICO, saying that each campaign should be approached "individually." 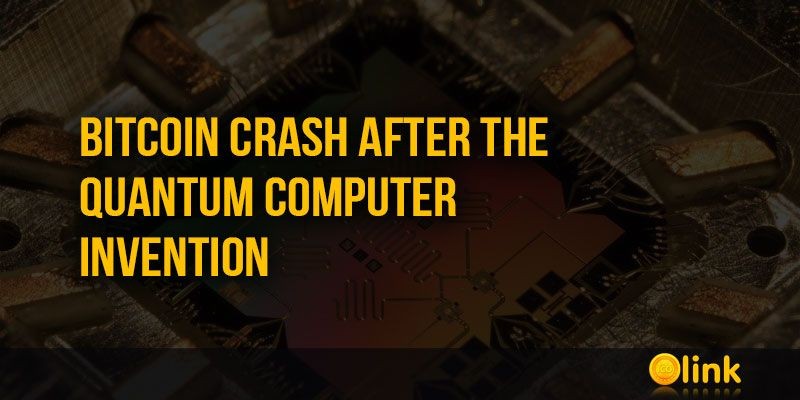 A physicist from Toronto, Alex Beath shared with Fortune his assumptions about the safety of Bitcoin and its connection with quantum computers. The scientist believes that if you previously talked about quantum computers hypothetically, then after connecting to the IT giants race, you can start applying them in practice in the near future. In the first place, cryptocurrencies will be under threat, but it will be the sign that the quantum computer is really exists. 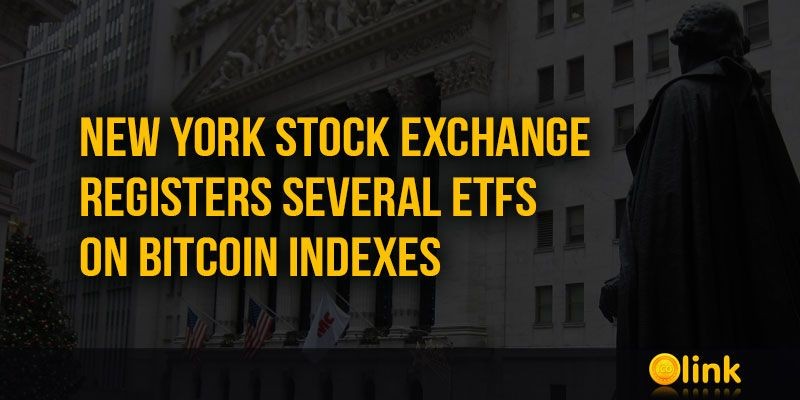 The New York Stock Exchange (NYSE) has applied to the Securities and Exchange Commission (SEC) to register five exchange-traded index funds (ETFs) tied to the Bitcoin rate - the so-called marginal and inverse ETFs. The proposed funds are designed to track trade in Bitcoin futures markets. According to the application, ETF seek to provide investors with an income that multiplies the profits in the core market and represents a short-term investment.

The largest cracking and attacks in the cryptospace in 2017 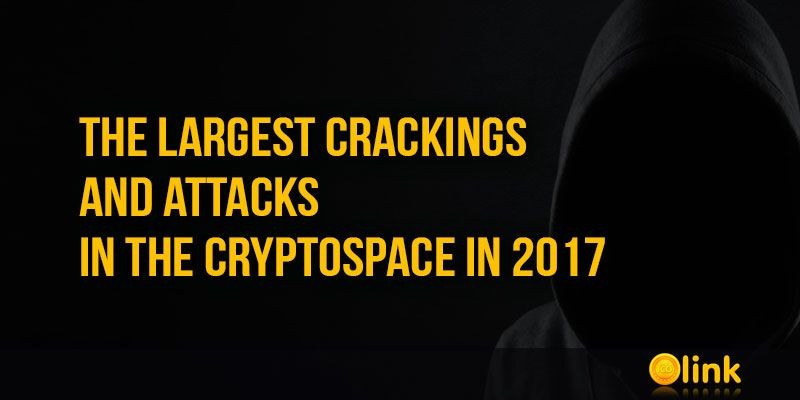 Hard forks? Soft forks? ICOs? This year, users who have become entangled in new, unfamiliar terms, have again turned out to be a ready target for hackers and cybercriminals. Not all attacks and scams were the same. Some were created literally from scratch, but entailed huge losses. Whether it's a normal wallets, a fraudulent ICO, or a code snippet, investors often lost millions of dollars. As a result of the incidents described below, there were stolen cryptocurrencies for a total of $ 490 million. The perpetrators of these crimes have not yet been found, and the stolen funds themselves, most likely, will not be returned. Of course, here a far from complete list of hacking of cryptocurrency projects and various scams with cryptocurrencies and tokens, but only the most sensational cases.

The book about Bitcoin was written 20 years before its appearance 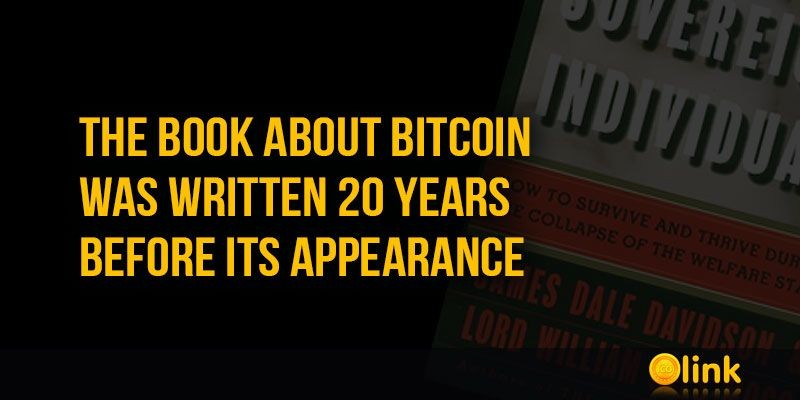 In the distant 1997, two authors, an American and an Englishman, published a book entitled "The Sovereign Individual: Mastering the Transition to the Information Age". Most likely, then James Dale Davidson and Lord William Rees-Mogg hardly suspected that they had written a historical book describing the near future. The authors of the book persuaded the readers that humanity expects great changes. In bold and strange descriptions, they, in fact, managed to predict the idea of a crypto currency, with frightening accuracy embodied in today's Bitcoin. 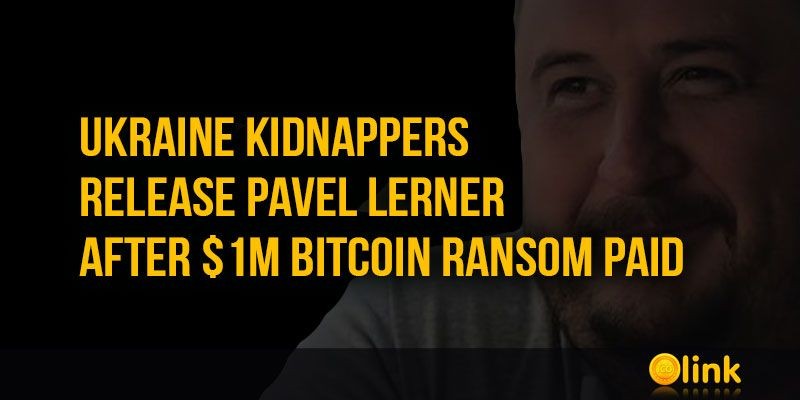 According to Ukrainian media reports, the Russian IT specialist and employee of the Exmo exchange, Pavel Lerner, kidnapped in Kiev on December 26, was released. Kidnappers in Ukraine have released an employee at a UK-registered cryptocurrency exchange after getting more than $1m (£750,000) in Bitcoin as a ransom, an adviser to the Ukrainian interior minister told Reuters on Friday.

More than 30% of working Koreans invest in Cryptocurrencies 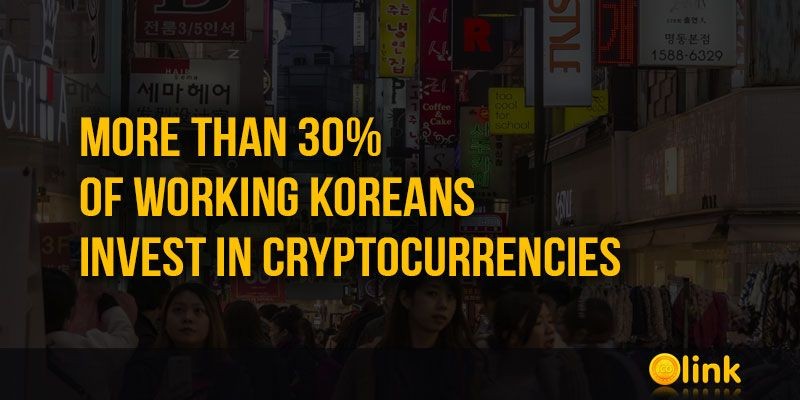 In the Facebook messenger found a bot for mining 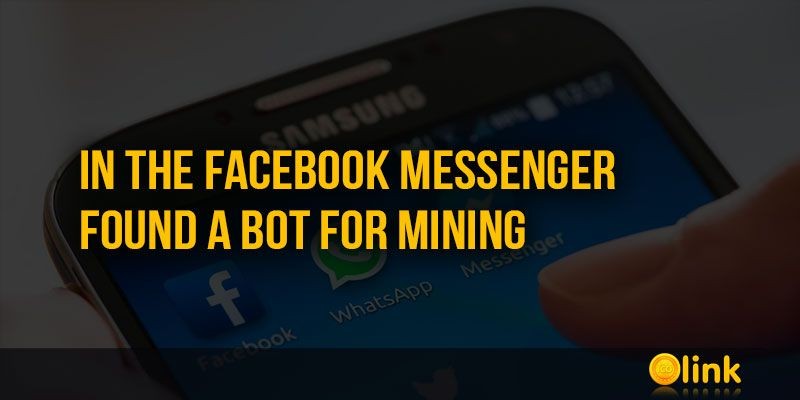 Cyber security specialists have discovered a new type of virus, which is distributed through the Facebook Messenger application. The malicious bot uses a lot of infected computers for cryptocurrency mining at the expense of the affected users. New malicious software distributed through Facebook Messenger, called Digmine. Like many similar exploits, the bot uses infected systems to run one of Monero's most beloved hackers. 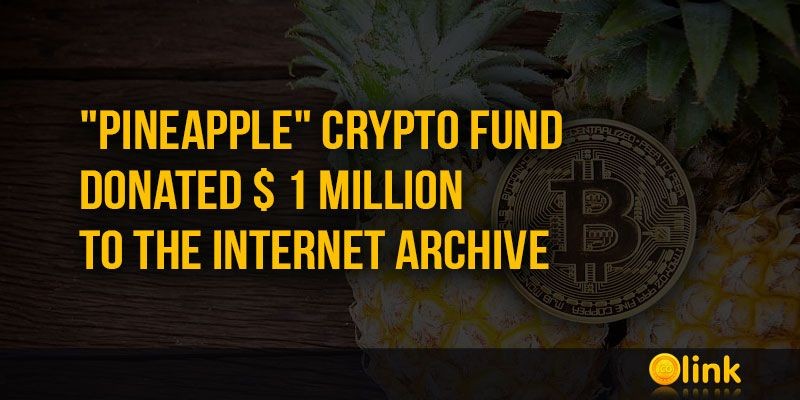 Anonymous charity Pineapple Fund, which makes donations in the Cryptocurrency, provided $ 1 million in Bitcoins to the Internet Archive, a non-profit organization founded to "store the history of the Internet." According to the representative of the fund, the Internet Archive becomes more valuable every day, collecting books, abandoned games, websites and communities that have closed.

High commissions for transactions generate dissatisfaction in the community 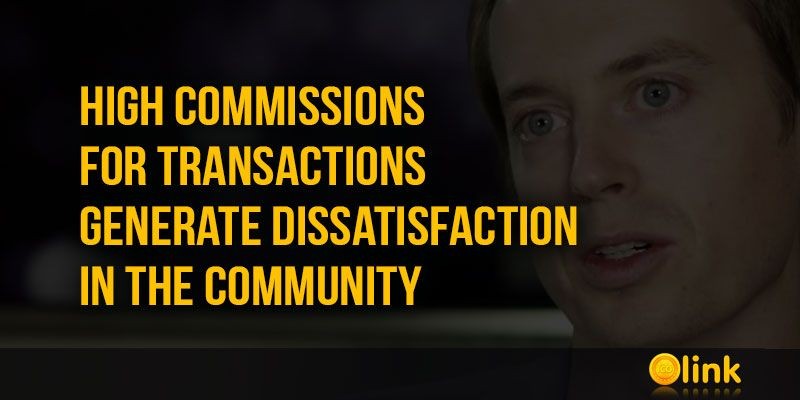 Such large handlers of Bitcoin payments like Coinbase, Bitpay and Shapeshift warn their users about delays. Bitpay even issued a special application and notified customers that it would no longer process payments in Bitcoins for less than $ 100 due to rapidly growing commissions. However, the next day the platform changed its decision and returned to processing payments of $ 5, but noted that it still recommends making larger payments. This was achieved by sending group transactions for small payments.