Binance again #1 in the ranking of cryptocurrency exchanges 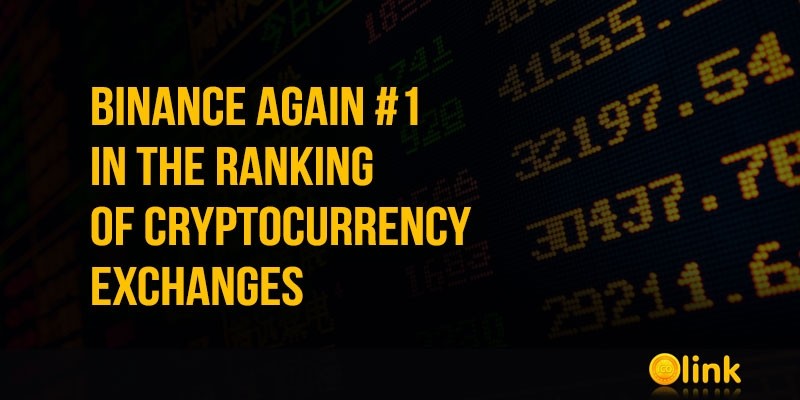 Analytical agency Tokeninsight presented an updated quarterly rating, which previously ranked the seven largest cryptocurrency exchanges. This time, the list included seven more platforms, which were evaluated on such indicators as trade volume, security, and compliance with laws.

According to the results of the research, Binance Exchange was in the first place in the ranking. Coinbase Pro, Huobi, Bitfinex and bitFlyer, follows it. Bitstamp settled in sixth place, and KuCoin - in seventh.

The number of visitors over the last quarter decreased in almost all sites, with the exception of Bithumb, whose traffic and cumulative rating increased, but the exchange failed to enter the top 7 sites.

The OKEx rating was lowered, in particular due to the fact that the exchange "repeatedly unilaterally changed its trading rules during the period under study, including rollback of data and changes in the rules on the implementation of contracts".

"In the case of the BCH hard fork, Okex delivered the last transaction price of BCH contract ahead of schedule at 16:05 p.m. on November 14, 2018 (GMT+8), and issued an announcement only one hour in advance, causing unnecessary losses to a large number of investors." the report says.

Hitbtc, Kraken and Kucoin ratings were upgraded, and Poloniex and Gemini were among the exchanges that were first reported. Some exchanges that have earned a dubious reputation because of their operations involving fictitious trading and pumping volumes have received low marks. In particular, we are talking about the Fcoin exchange, whose rating has been lowered.

"Transaction mining trends once brought a large amount of traffic to the platform, due to the notion that the vast majority of transactions of transaction fees or dividends were free, and transaction volume has dropped significantly in the past three months. In terms of compliance, Fcoin has lagged behind in development and has not obtained any license of relevant regulatory agencies," the report says.

It is worth noting that, according to a study conducted last month by the Blockchain Transparency Institute (BTI) in the field of cryptocurrency exchanges, Binance has noticeably detached from its closest competitors in terms of both trading volume and number of users.

Recall that at the end of last month, China updated the rating of cryptocurrency projects, in which Bitcoin took 13th place. At the same time, EOS and Ethereum have saved the first two places for several months.